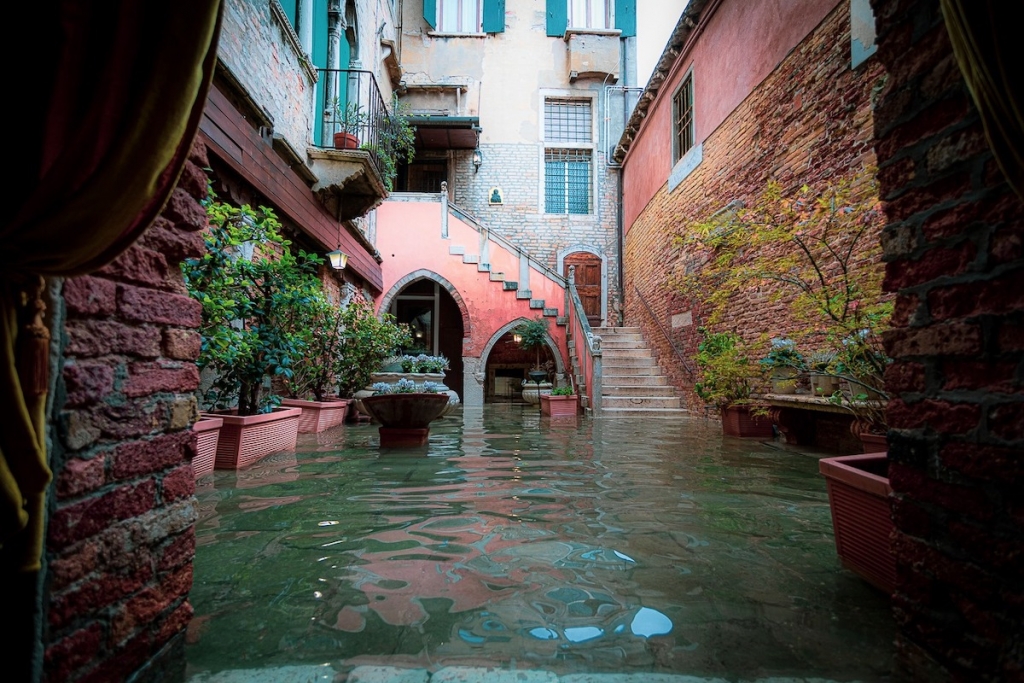 While most of the world watched from afar as record floods washed across Venice, photographer Natalia Elena Massi raced to the scene, camera in hand. What she found was a surreal and magical scene. As Venice filled with water, its citizens sprung into action and came together as a community to ensure safety for everyone. And as the waters kept tourists as bay, the normally crowded streets and squares fell silent. It was a unique artistic opportunity that, luckily for us, Massi couldn’t let pass by.

Interestingly, the most difficult part of the day—walking—was completely unexpected for Massi. “I hadn’t thought about how difficult it could be,” she tells My Modern Met. “Imagine walking for hours with water high above your knees. And the ‘high galoshes’ that I purchased when I arrived in the lagoon—my rain boots only reached the knee; they were not enough to cover me—should have protected me until midthigh. In reality, after only half an hour they got holes and the water infiltrated everywhere,  making it even more difficult to walk. So sometimes I stopped to empty the galoshes until I finally decided to take them off completely.”

Undeterred by this challenge, Massi wandered the city and captured everything from the iconic Saint Mark’s Square to small alleyways, all of which were filled with water. Juxtaposed with these images, which are nearly devoid of humans, are her shots of the community in action. Each photograph speaks to the spirit of Venetians, who lend a helping hand or simply hike up their boots and get on with life. It was this feeling of community that was especially touching for Massi.

“I met incredible people, proud and courageous men who are not defeated by the flood,” Massi shares. “Most shops were closed. Those that were open were receiving people to protect them from the weather. Some of them were preparing to re-open, others were trying to protect the locals by pumping out water and keeping the growing tide under control. Many men remained at the edges of the entrance door to visually check the tide level. They were expecting 160 centimeters [63 inches] and everyone was alerted.”

For as striking as the photographs are, they serve as a sad reminder that these flood levels are likely to become commonplace. The beauty of the imagery can’t help but be counterbalanced by the fear of what’s to come. It is this mix of fear, disbelief, awe, excitement, and sadness that Massi hopes to convey through these series of photos, which immortalize this important moment in time.

Natalia Elena Massi recorded the record-breaking floods that occurred in Venice in November 2019. 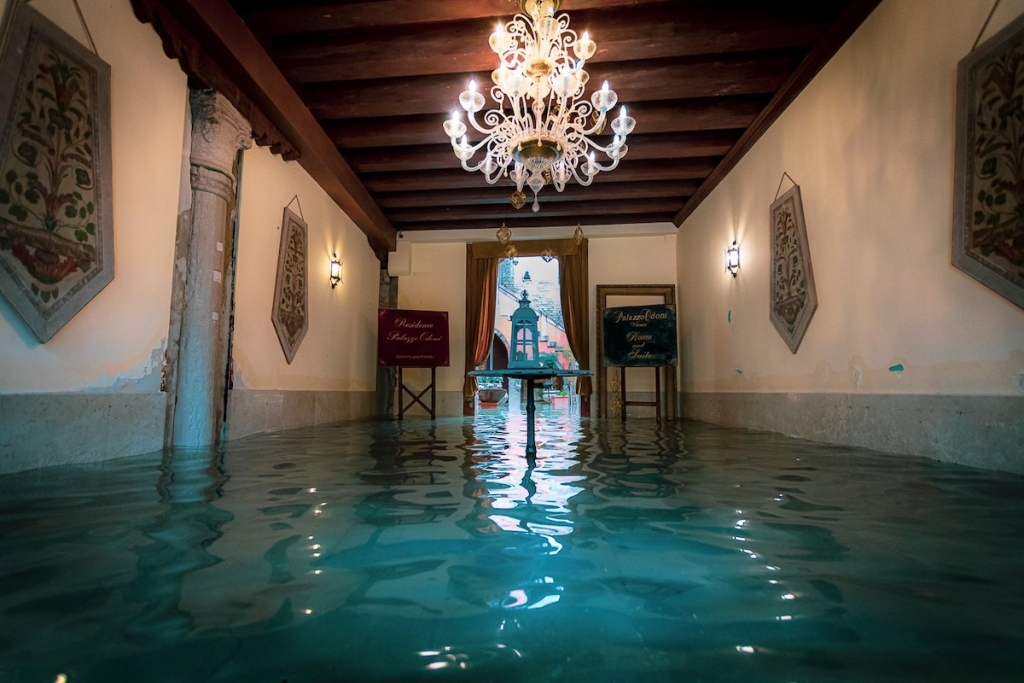 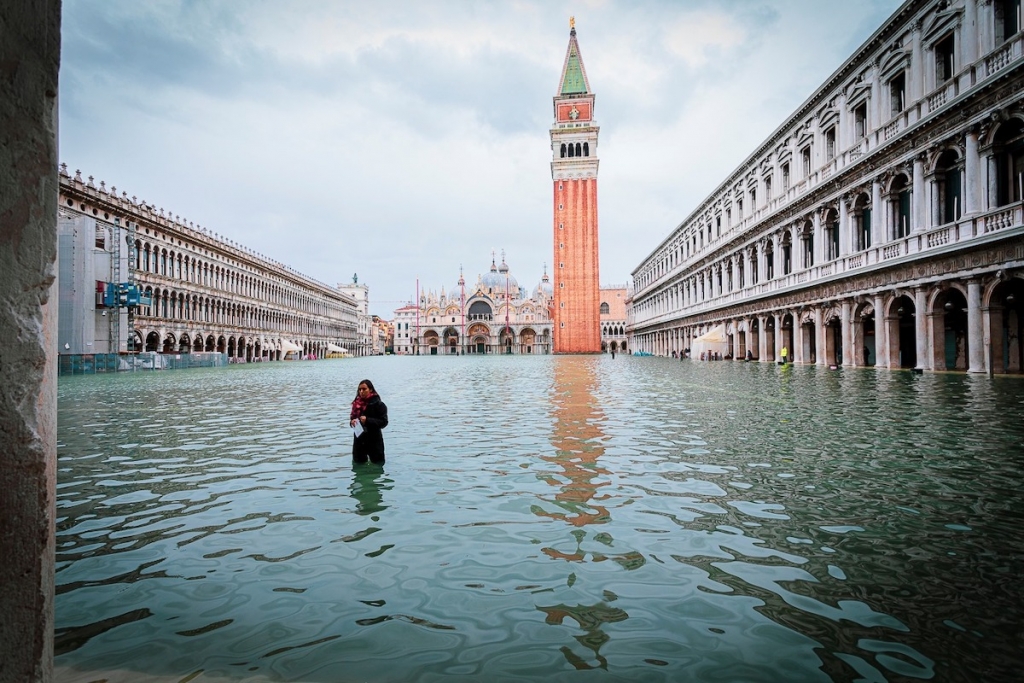 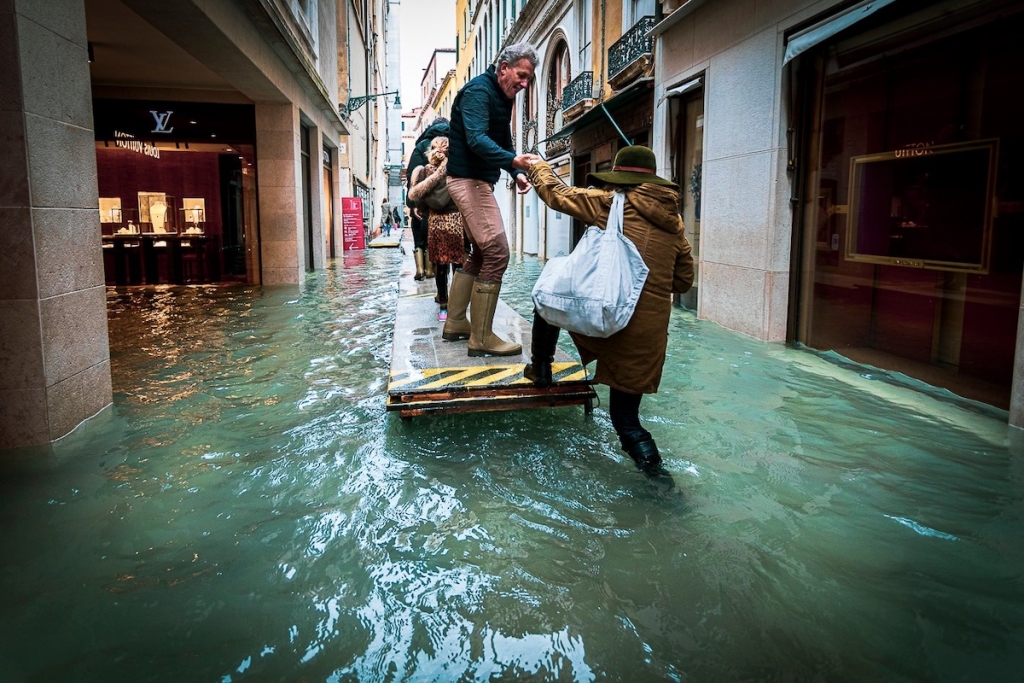 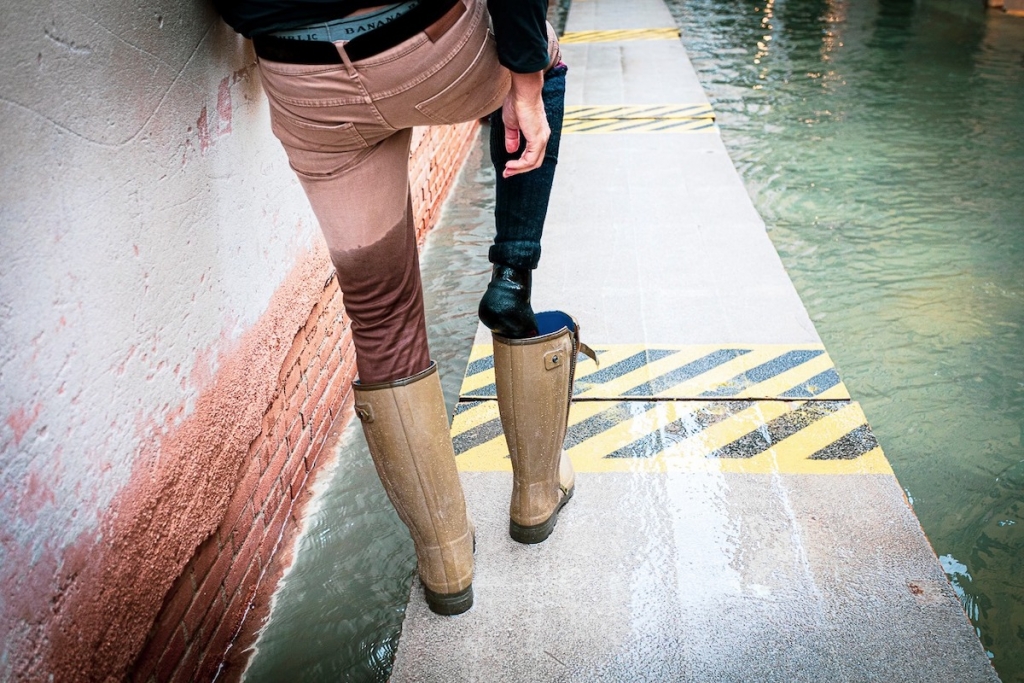 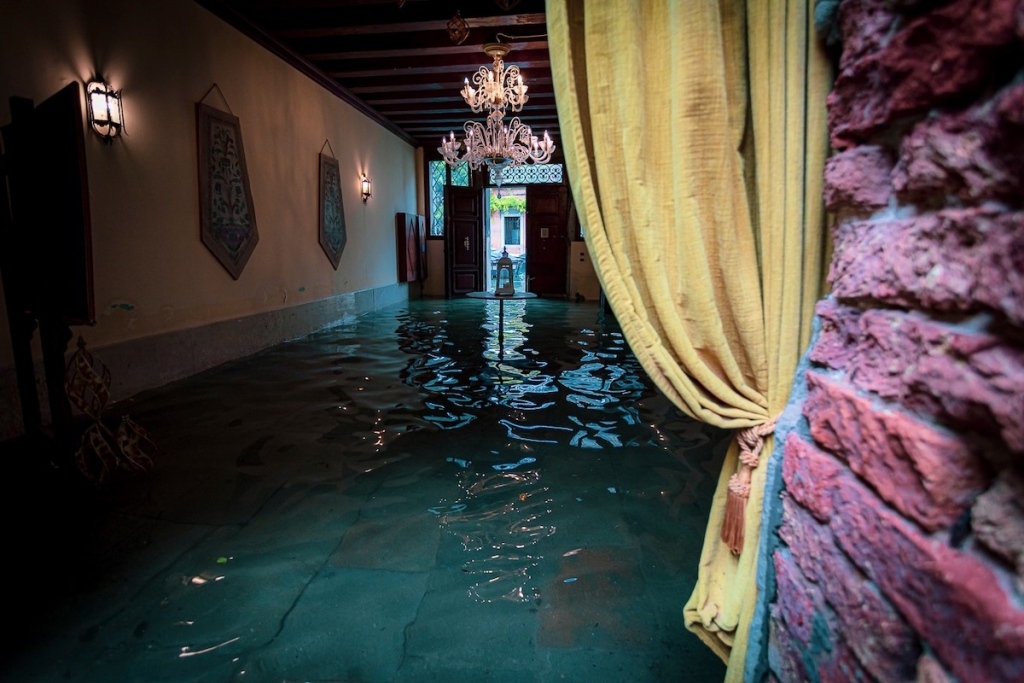 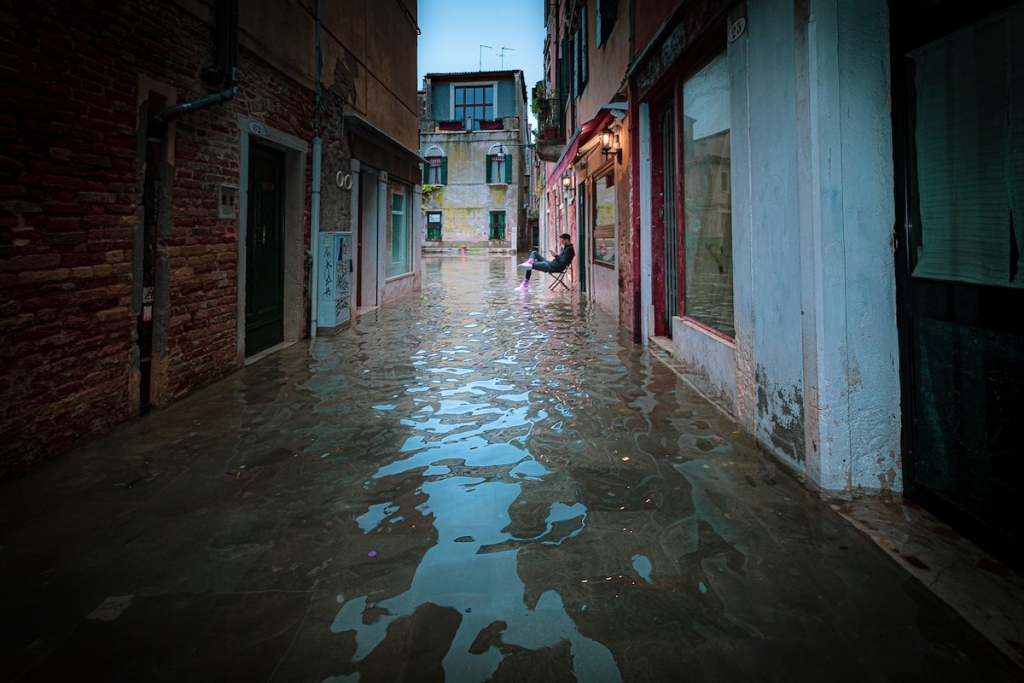 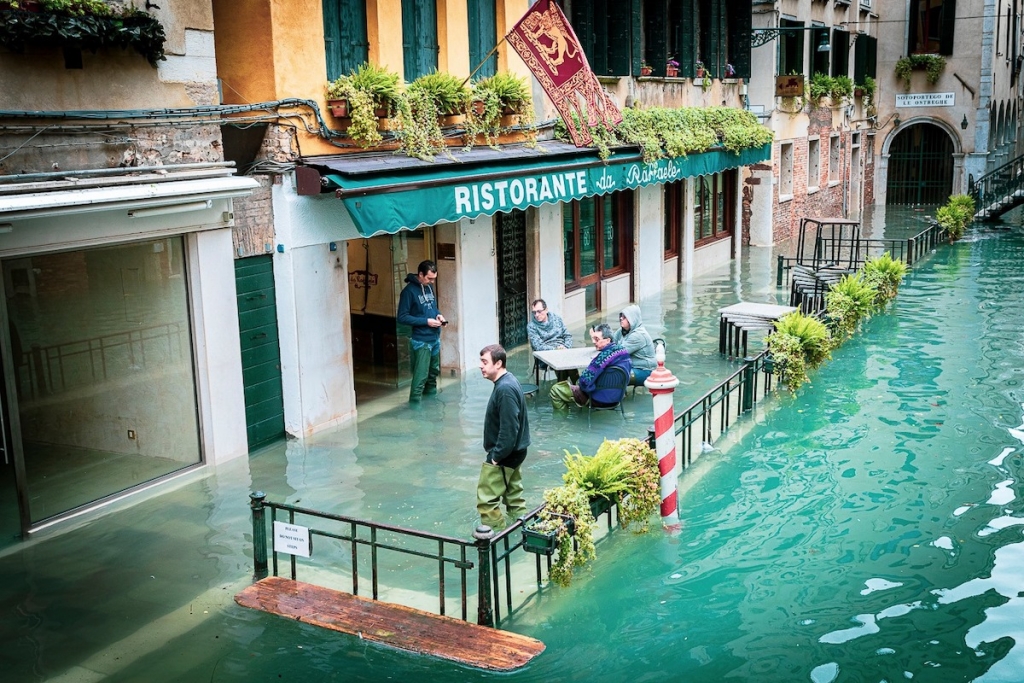 Waters rose up to six feet and washed over 85% of the city. 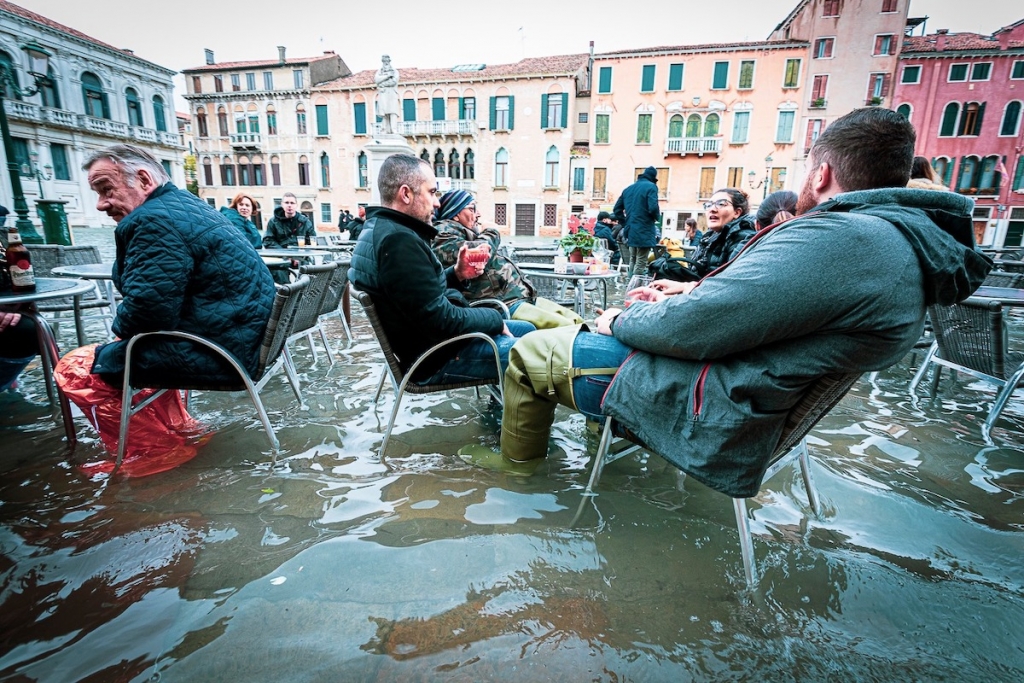 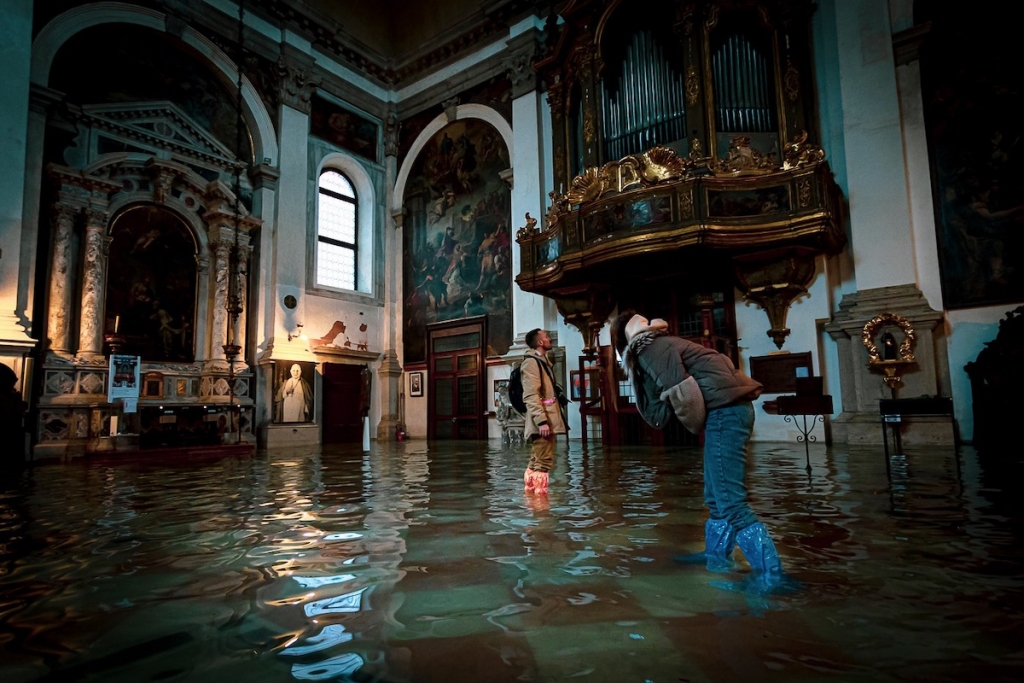 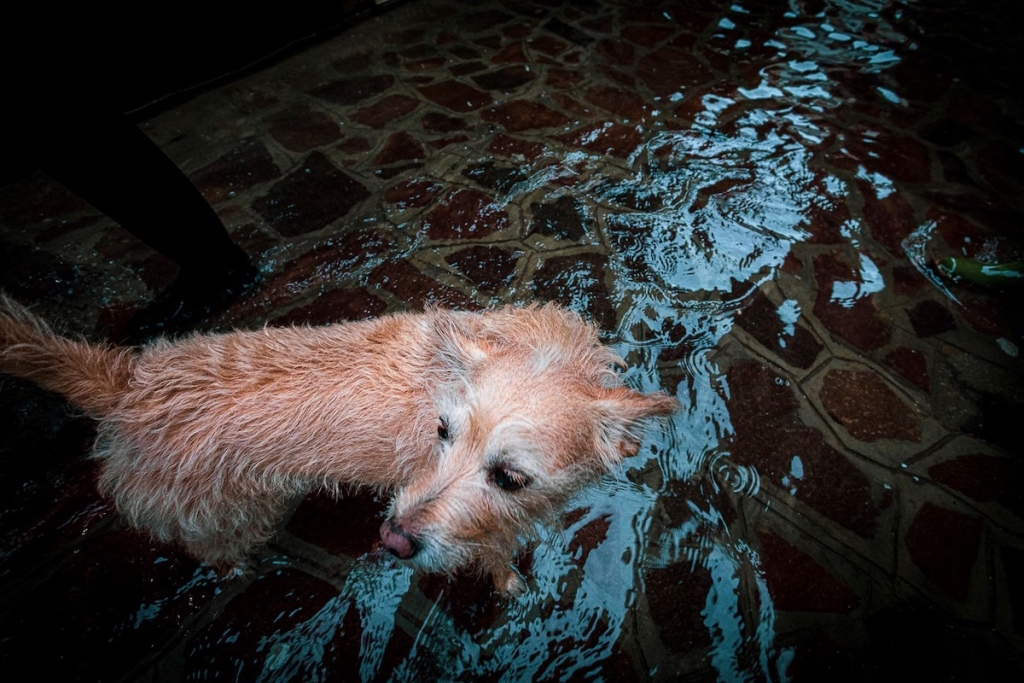 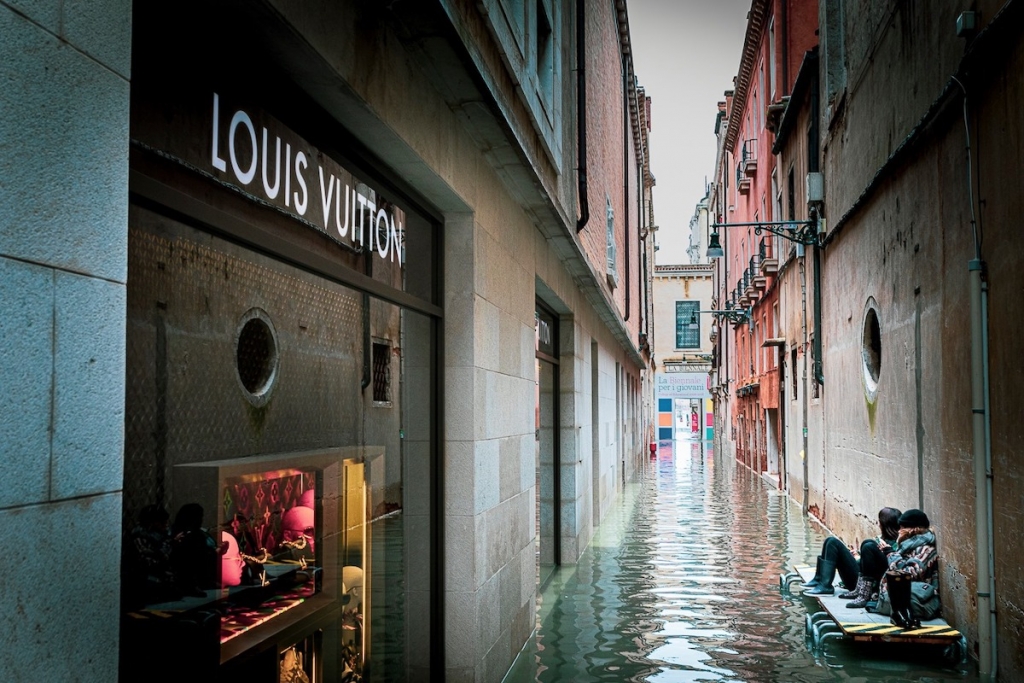 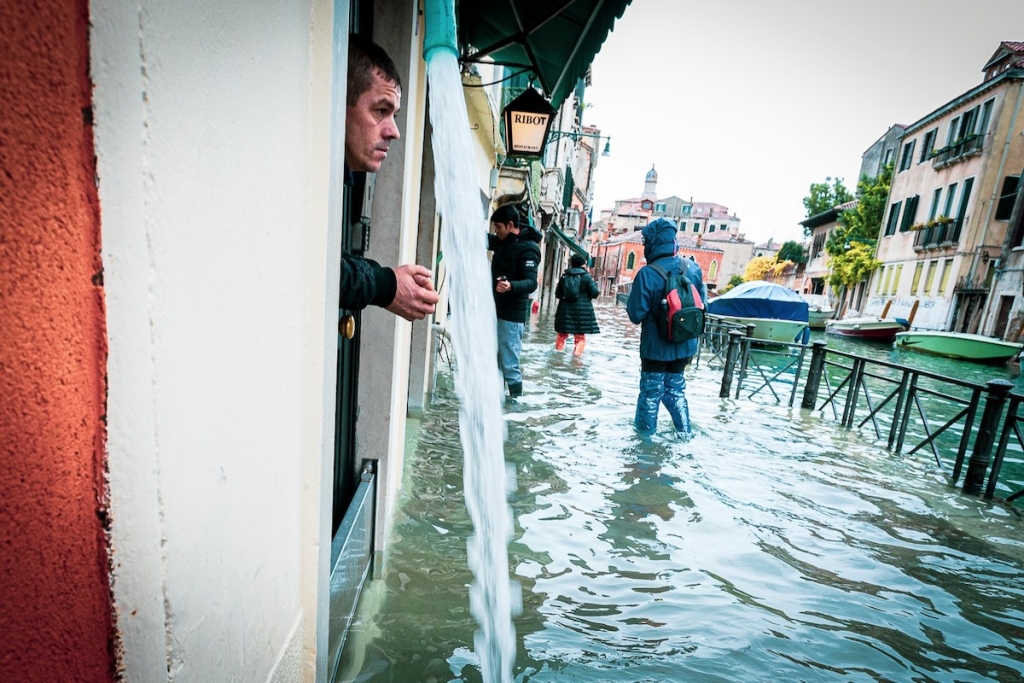 Photographer Explores the Quiet Beauty of Venice at Night

The post Photographer Walks Around the Flooded Streets of Venice to Capture the City’s Tragic Beauty appeared first on My Modern Met.